When creating a hierarchical net “top-down”, you start by creating the page that shows the overview of the subpages and how they are connected. See the Edit the net page on how to create the net structure.

The example below is based on the Hierarchical Protocol example. In this example, the transitions Sender and Network on page Top are very abstract representations of the Sender and Network parts of the protocol. Top-down development will be used to create a new page containing more detailed logic for the these parts.

Moving a transition to a subpage

Start by apply the Move to Subpage tool to a transition on a page. This page becomes a superpage. 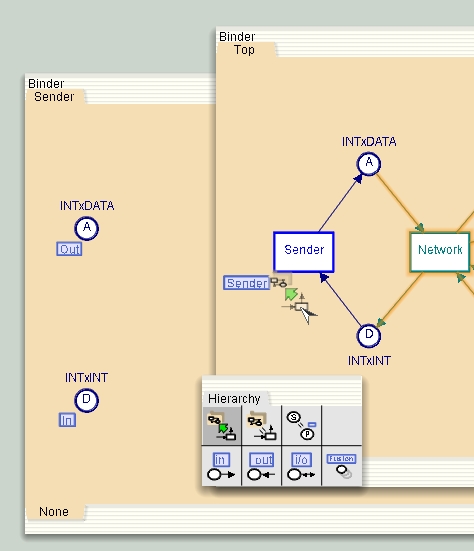 Port-type tags are automatically set on the places on the new (sub)page, and the port-socket assignments are also handled automatically. 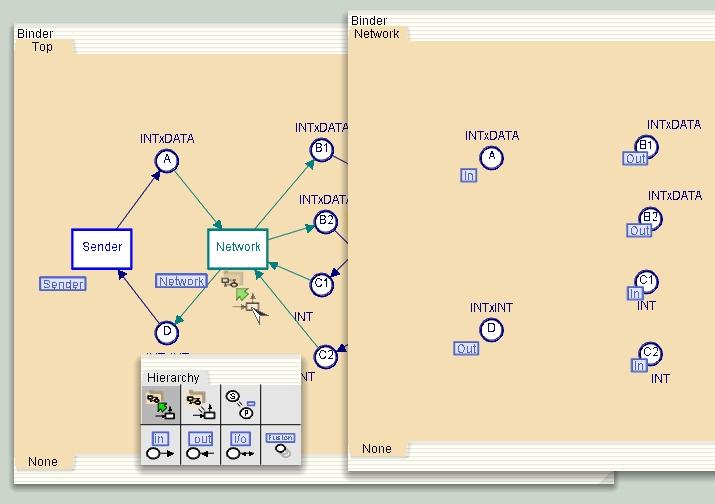 Now you can continue editing the superpage and the new subpage.

Moving a group to a subpage

Using the Move to subpage tool it is also possible to move a group to a subpage. The group must be closed, in the sense that no arcs may connect a place in the group to a transition that is not in the group. If a Move to Subpage is attempted on a group that is not closed, a red status bubble will appear to indicate that the operation did not succeed.

Error message when attempting to move a non-closed group 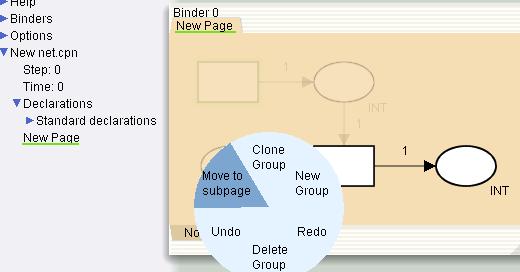 The group moved to a subpage

Port-sockets are computed in the same way as for moving a simple transition to a subpage: If an arc connects a transition in the group to a place that is not in the group, the place will become a socket and a port will be created to match it.