Often one would like to limit the capacity for a place, for example, to model a network buffer or simply to make the net finite to facilitate the generation of state spaces.

Unfortunately, CPN Tools does not support this concept, but this can easily be modeled using the concept of anti-places. 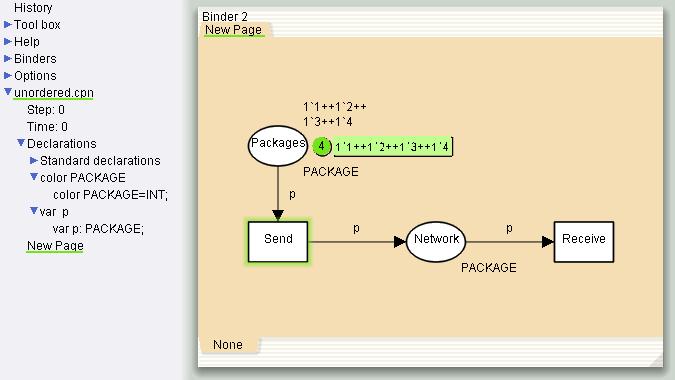 This is a very simple model of a sender and a receiver. The sender sends packages onto a network, and the receiver receives packages from the network.

We would like to limit the place capacity of the network to two. To this end, we add an anti-place with two tokens and obtain the following modified example: 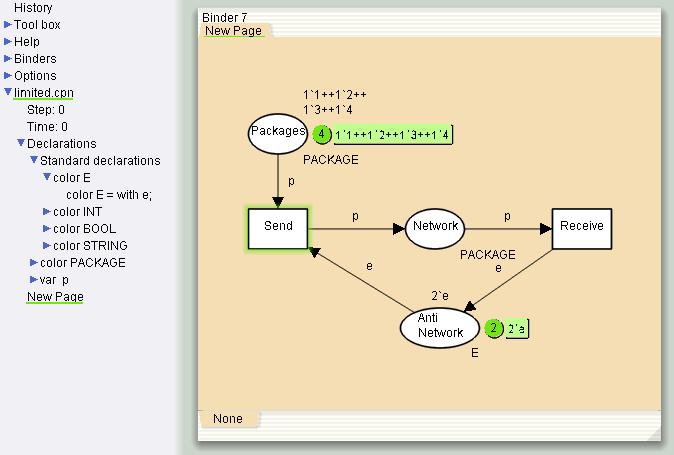 First, add a new place of type E. Give the new place the name Anti Network, so it is obvious that it is the anti-place of place Network. Then give place Anti Network the initial marking 2`e because the place capacity should be limited to two. Note that the type E does not have to added, because it is one of the standard declarations.

Changes to (incoming and outgoing) arcs

The examples from this document can be downloaded:

Save a net
Inhibitor arcs