To create a group, use the New group tool. For example, bring up the group tab marking menu on one of the group tabs at the bottom of a page. 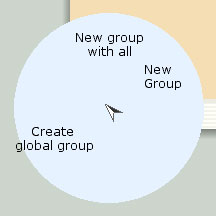 Select the New group entry. Now a new group tab appears, and the new group is set as the active group. All objects on the page are dimmed to show that there are no members in the new group.

To change the active group, just click on the group tab of the group you wish to activate. 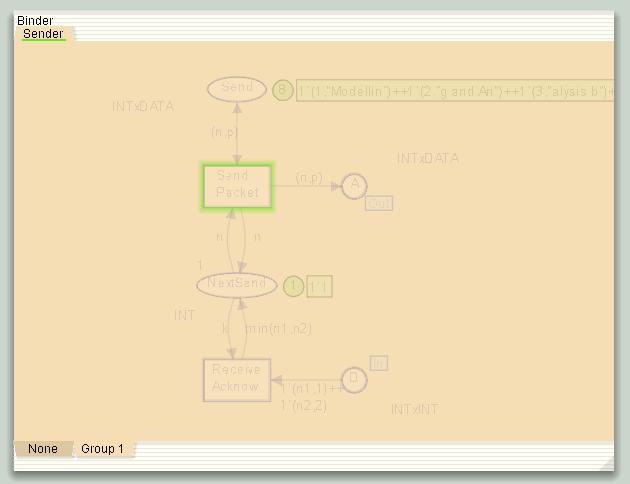 NOTE: The group tab to the far left (the first group tab, called NONE) works differently – clicking this tab means deactivating all groups. When this tab is clicked, all objects on the page appear normal and work normally.

Adding objects to a group 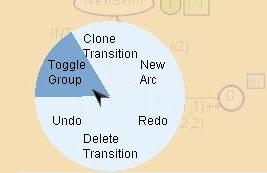 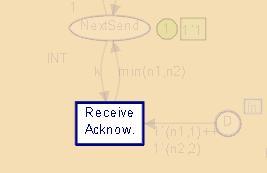 Removing objects from a group 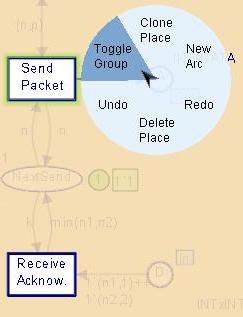 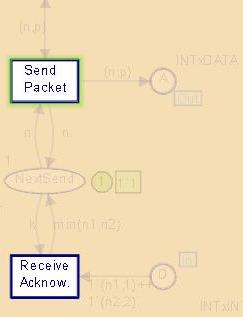 Groups can be used for several different purposes.

Groups can be used to change attributes on several objects at the same time. If, for instance, a number of places, transitions and arcs are placed in a group, you can change the color of all of them at the same time.

First activate the group by clicking the group tab, then change the color of one of the elements. 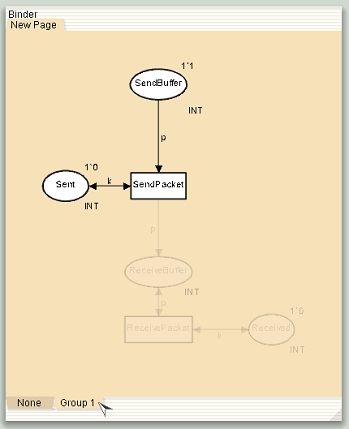 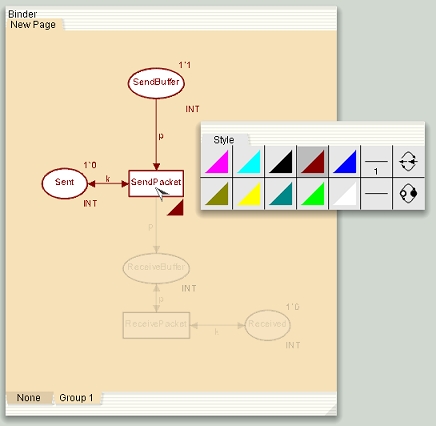 Groups also allow the cloning of several elements in on go. See Cloning for details.

A guideline is a special kind of group for easier alignment of net elements. Read more on the Magnetic guidelines page.

Normal groups only spans a single page, but with global groups is it possible to manipulate elements across all pages in the net. 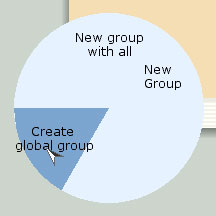 Tabs for global groups appear in the lower right side of the binder:

Global groups can also be created by applying the appropriate tool from the Monitored nodes marking menu for monitors. 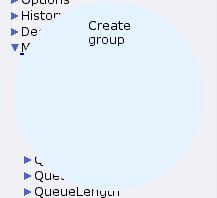 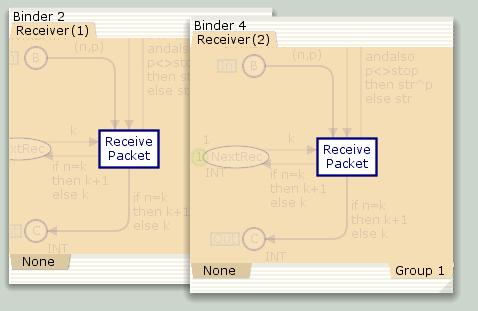