With functions that are described below, the graph structure of (partial) state spaces and SCC graphs can be exported to files that can be then used as input files to Graphviz tools. The Graphviz tools can then be used to draw the graphs, display the graphs, and export the graphs to various formats such as PostScript, JPEG, and PNG.

After the state space tool has been entered, a number of functions are available for exporting state space and SCC graph structure.

Nodes and Arcs are defined in Chapter 3 of the manual for the state space tool.

Evaluating the functions above will export the desired graph structure to a file. The Create Auxiliary Text and Evaluate ML tools can be used to evaluate the functions.

The file that is created adheres to the DOT language that is the input file format for the Graphviz tools.

The following is a very brief introduction to how to use Graphviz. For more information about using Graphviz, see the web site for Graphviz.

Before Graphviz can be used to draw SCC graphs and (parts of) state spaces, you must first download and install it. See the see the web site for Graphviz for instructions for downloading and installing Graphviz.

There are at least three different ways to draw the graphs that are exported from CPN Tools to Graphviz tools.

One alternative is to run the dot program from a command line:

In this example, the graph will be drawn and saved in PostScript format.

A second alternative is to use the graphical interface to the dot tool, e.g. to draw and save the graph in JPEG format: 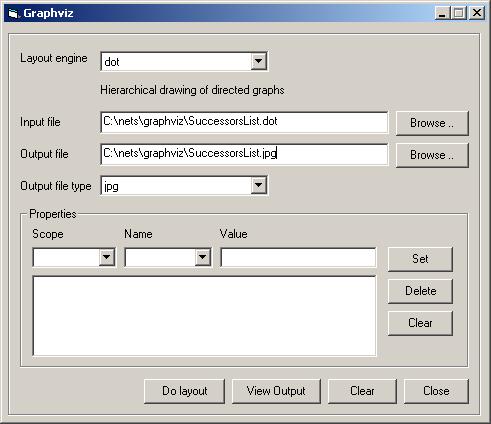 A third alternative is to use the dotty program to draw and display the graph: 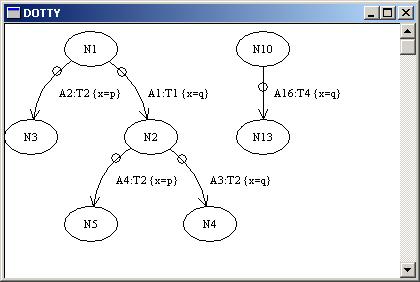 An example net can be found in a subdir of cpntools called Samples\\ResourceAllocation.