Creating large, intricate nets can be a cumbersome task. But similar to modular programming, the construction of CP-nets can be broken into smaller pieces by utilizing the facilities within CPN Tools for creating substitution transitions. Conceptually, nets with substitution transitions are nets with multiple layers of detail – you can have a somewhat simplified net that gives a broad overview of the system you are modeling, and by substituting transitions of this top-level net with more detailed pages, you can bring more and more detail into the model. 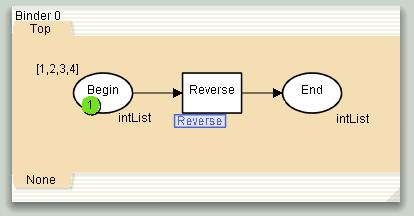 Arcs surrounding substitution transitions may or may not have inscriptions. However, these inscriptions have no semantic meaning.

A page that contains a substitution transition is called a superpage. The page named Top in the figure above is a superpage.

When a CP-net uses a substitution transition the logic that the transition represents must be kept somewhere. It is kept on a page called a subpage, and the logic on the subpage is called a subnet or a submodel. 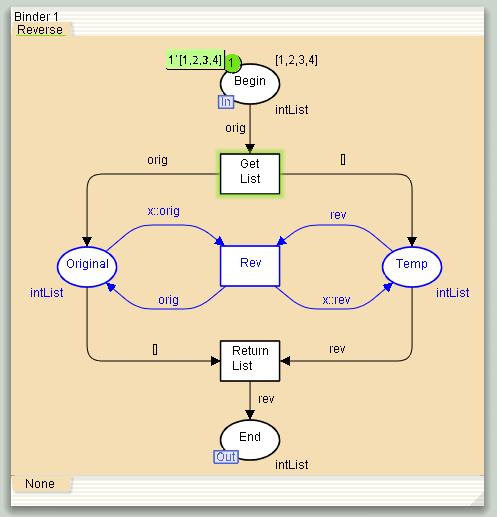 Each substitution transition is said to be a supernode of the corresponding subpage.

If a subpage name is not visible in the index, click on the blue arrow next to the superpage to unfold its list of subpages.

Superpages and subpages are connected by equating places on the two pages using special-purpose fusion sets. These special fusion sets always contain only two places. A place that belongs to such a fusion set is called a port if it is on a subpage, and a socket if it is on a superpage.

Places Begin and End on page Top are sockets.

A port-type tag is associated with each port on a subpage. Places Begin and End on page Reverse are ports.

Port/socket assignments are used to define how a subpage should be “glued together” with the surroundings of its supernode. Each socket must be assigned to a port on the corresponding subpage. A port with an In-tag must be assigned to a socket which is an input node (and not an output node) of the substitution transition. Analogously, an Out-tag indicates that the port must be related to a socket which is an output node (and not an input node), while an I/O-tag indicates that the socket must be both an input and output node.

Note that the arcs surrounding a port do not have to correspond to the port-type tag. For example, there may be arcs from a transition to a port that has an In-tag, i.e. the port may be an output node for a transition on the subpage even though it has an In-tag.

To learn about how port/socket assignments are indicated, read about the graphical feedback for port-type tags.

Markings of ports and sockets

Tokens that are present on a socket in a superpage are simultaneously present on the corresponding port on the subpage, and vice versa.

Using a subpage more than once 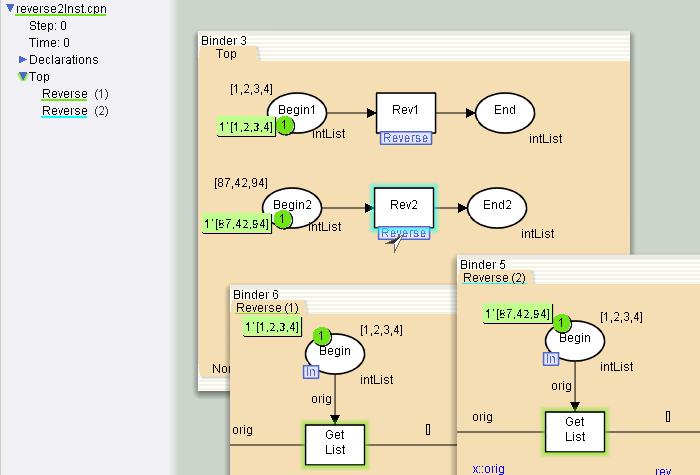 Multiple instances of a subpage

To learn about how to find out which subpage instance is associated with a substitution transition, read about the graphical feedback for subpage tags.