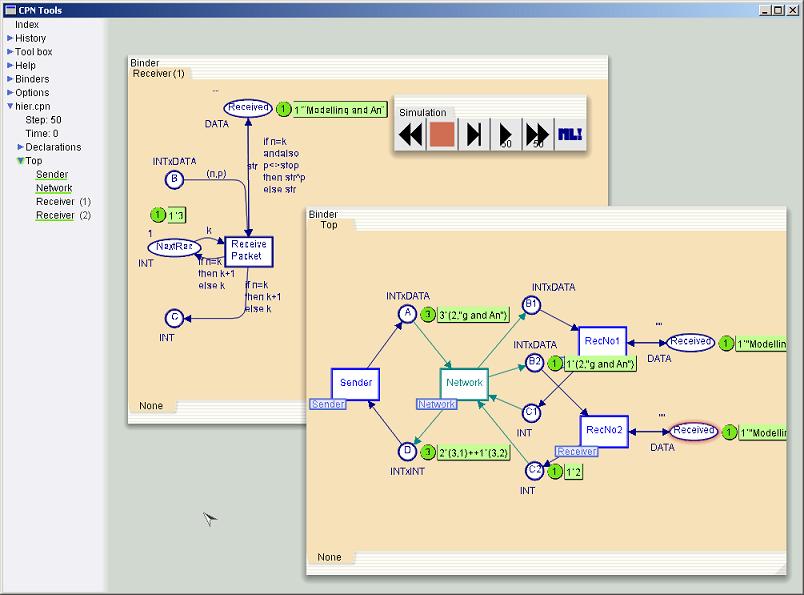 Sometimes the simulation feedback covers parts of the net, making it hard to read. Therefore, it is possible to move the current marking information around by dragging it to a new position. Dragging the green circle will also move the green box with token values, but dragging the box will move the box independently from the circle.

The positions of current marking information are saved when you save a model.

The token values can also be hidden. Click on a green circle to hide/show the corresponding token values.

Simulation feedback is not updated during a fast forward simulation, but it is updated after the simulation has completed.

After applying the fast forward tool, a light purple status bubble will indicate that a time-consuming operation, i.e., a long simulation, is currently being executed.

When the length of a token value is long, i.e. it exceeds a predefined width, then the token value will be wrapped and shown on two or more lines. 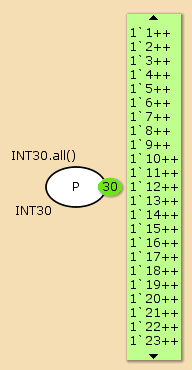 Click on an arrowhead to scroll in the token value text. 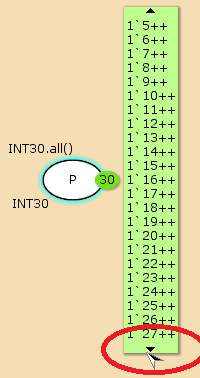 If the green box has arrowheads for scrolling, then all token values can be viewed by entering text-edit mode in the green box.